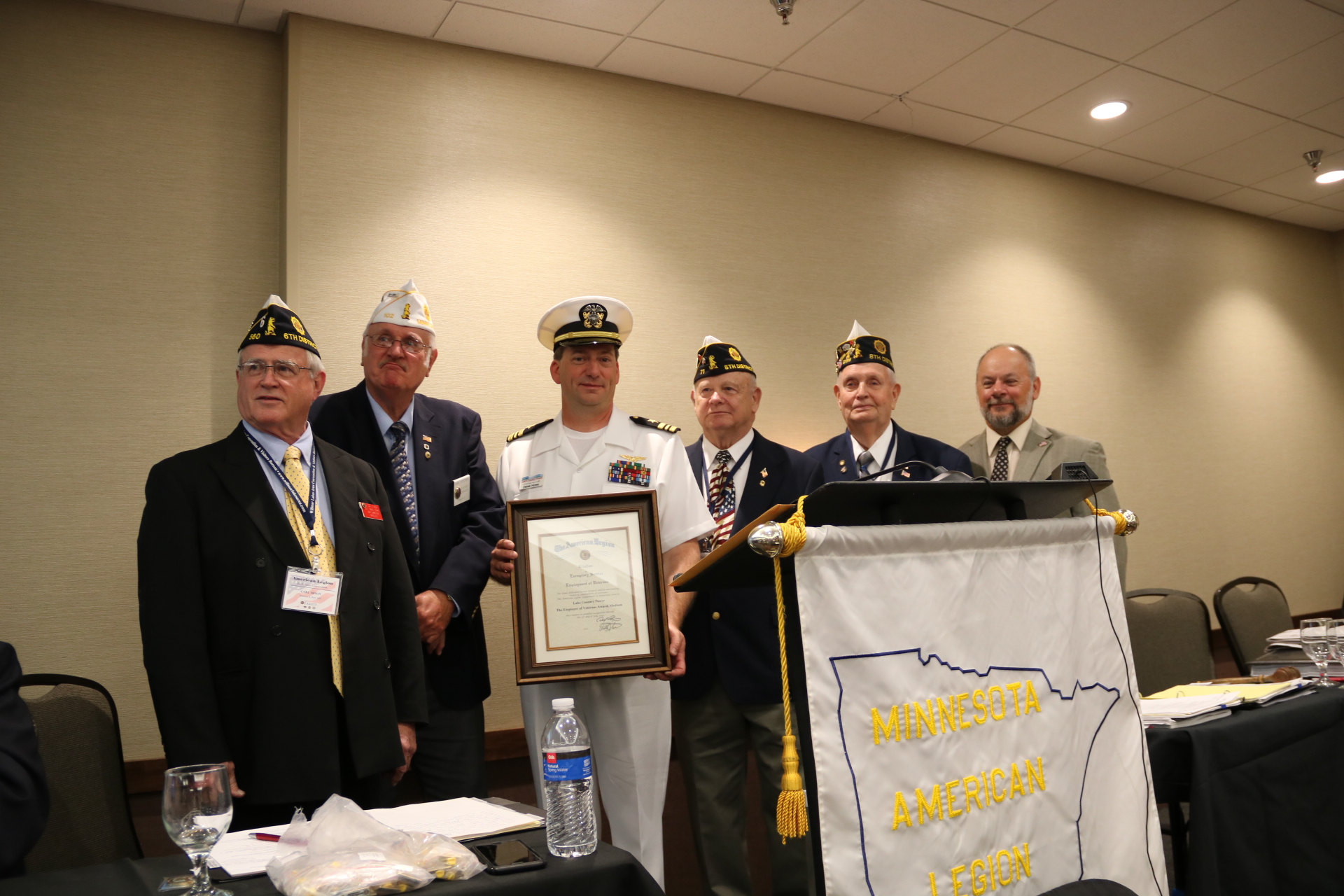 Lake Country Power was honored to accept the Employer of Veterans Award from The American Legion Department of Minnesota. The award was presented to the cooperative during the Department Convention in Willmar, Minn., this summer.

Speaking before an audience of more than 300 people, Howe said, “Lake Country Power is honored to accept this prestigious award, thank you. Our values at Lake Country Power – integrity, safety and quality, innovation, communication, teamwork and respect – are what you’ll find in each American veteran as well as each person serving in active duty.”

The first American Legion Veterans Employment and Education Commission Award was established in 1947, and recognized individuals across the country who had established outstanding records in the employment and retention of workers with disabilities. Since that time, categories were added to the current nine award programs. In 1969, The Veterans Employment and Education Commission expanded its Employer Awards Program when it created an award category for employers of veterans.