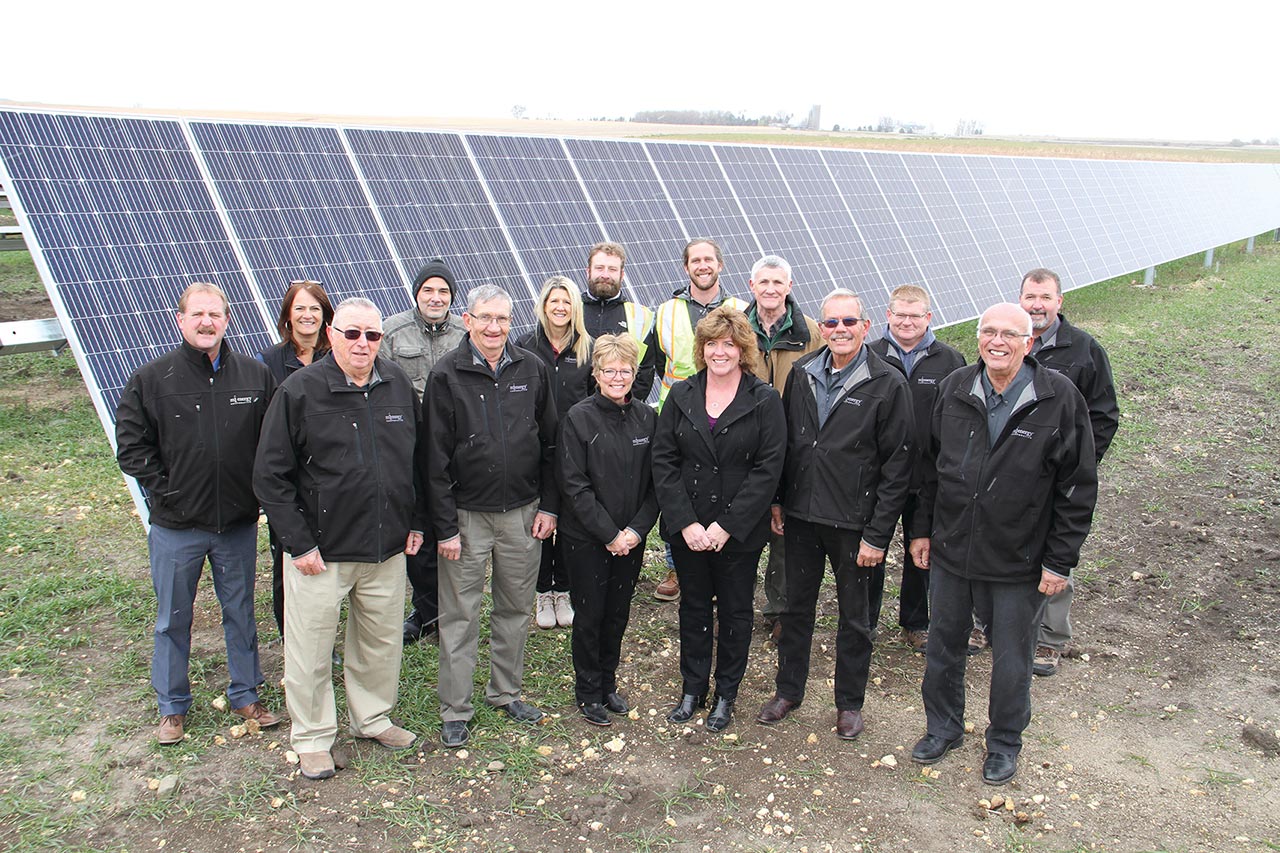 The Madison Solar Site is a 1.5-megawatt solar energy array owned and operated by ENGIE North America. Dairyland Power Cooperative, MiEnergy’s wholesale power provider, has a power purchase agreement with ENGIE for the full output of the facility. ENGIE installed, owns, operates, and maintains the facility.

“As a local energy cooperative, we are pleased to support the development of local renewable energy, solar energy as an important part of a sustainable future and it’s exciting to celebrate commercial operation of a facility here in the Decorah community,” stated Brian Krambeer, MiEnergy president and CEO.

Madison Solar covers roughly 11 acres and is projected to produce enough energy to power approximately 240 homes per year. The solar installation is engineered with a tracking system that follows the path of the sun to increase energy production. Beneficial bee and butterfly habitat are also being developed at the Madison solar site. ENGIE is using native seed mixes of grasses and flowers to create a certified pollinator garden.

Madison Solar is the final site to come online of 18 solar installations Dairyland has under contract for the benefit of MiEnergy and 23 other member cooperatives within Dairyland’s service territory in Wisconsin, Minnesota, Iowa and Illinois. Together, Madison Solar and the 17 other sites yield 25 MW of solar energy, producing enough renewable energy to power nearly 4,000 homes.